Come Play a Role by joining us for this production. We look forward to seeing you! 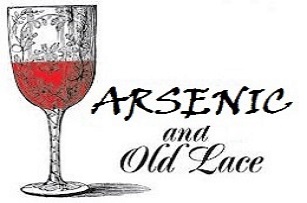 A play by the American playwright Joseph Kesselring, written in 1939. It has become best known through the film adaptation starring Cary Grant and directed by Frank Capra. The play is a farcical dark comedy revolving around the Brewster family, descended from the “Mayflower,” but now composed of insane homicidal maniacs. The hero, Mortimer Brewster, is a drama critic who must deal with his crazy, homicidal family and local police in Brooklyn, NY, as he debates whether to go through with his recent promise to marry the woman he loves. His family includes two spinster aunts who have taken to murdering lonely old men by poisoning them with a glass of home-made elderberry wine laced with arsenic, strychnine, and “just a pinch” of cyanide; a brother who believes he is Theodore Roosevelt and digs locks for the Panama Canal in the cellar of the Brewster home; and a murderous brother who has received plastic surgery performed by an alcoholic accomplice, Dr. Einstein to conceal his identity. This story is full of mishaps, mystery, and murder. Sure to be a crowd-pleaser!